I am a creature of habit, of the Homer-Simpson-couch-potato-beer-belly-belching variety.

So when my wife announced we’re spending a night in Noah’s Ark, part of me wanted to resist, though curiosity (plus the fact that I’ve basically [and wisely!] outsourced my recreational and social life to my better half) took over.

It’s a theme park mostly for children (I have 2!) with parents attached.

We did a night’s stay literally on the third floor of Noah’s Ark, and got bumped up to a eight-bedded suite.

Sadly, though, you can’t find a bar in Noah’s Ark… 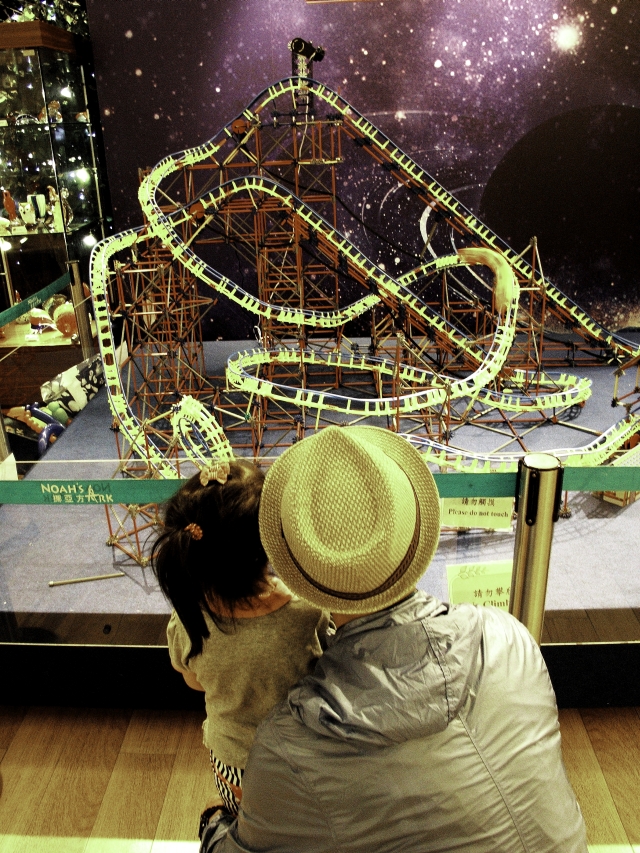 It’s a rather postmodern experience, as it’s a biblical-themed park and complex concocted out of secular/capitalist/entertainment motivations by the Sun Hung Kai property conglomerate. It requires a bit of roller-coaster thinking.

Yes, there’re still people out there proudly carrying their G11’s, evidence of the longevity of what is now a classic camera. (I’ve seen G9’s, 10’s and 11’s for sale at vintage camera shops.) I know someone who still carries a G9.

Back to the main story.

The above was in an educational exhibit room for kids teaching them about geology. I do like the religious motif with the light shining down and the person in front whose head is bowed in devotion…

Free souvenir photos! Check out the psychedelic set-up, to remind us of God’s cosmological creations, I’m sure.

There were various events, including this 35-minute tour of religious exhibits and replicas.

This guy playing Moses jumped right into our midst.

He spent the next 20 minutes telling us of the Ten Commandments and of how Hong Kong has strayed somewhat from the biblical plot.

It was amusing to see Moses code-switching between Cantonese and English. (Note to self: I must remember to tell my Applied English Linguistics colleagues of this.) 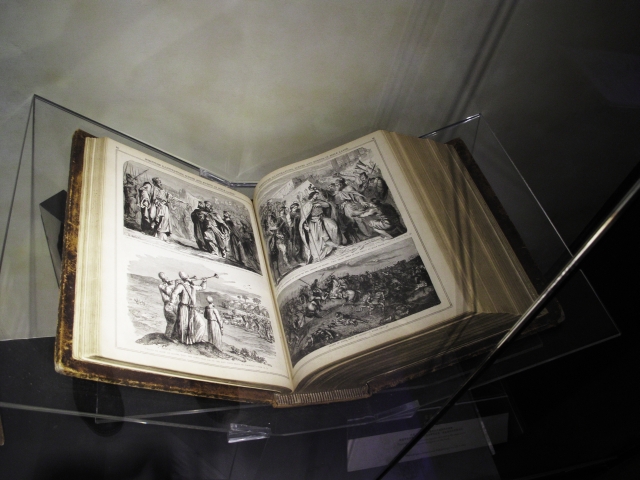 Someone has put serious effort into reproducing replicas of the tabernacle as well as the Dead Sea scrolls.

There were authentic illustrated Victorian bibles plus various other stuff on display. This really appeals to the literature nerd in me.

We were told the exhibits were rotated regularly.

Check out the life-sized 3D replica of the Last Supper.

The animals coming out of the Ark after the Flood.

After the end of 40 days and nights of flooding and another 150 days for the waters to subside, a giraffe sniffs the air tentatively, with the Tsing Ma bridge in the background. 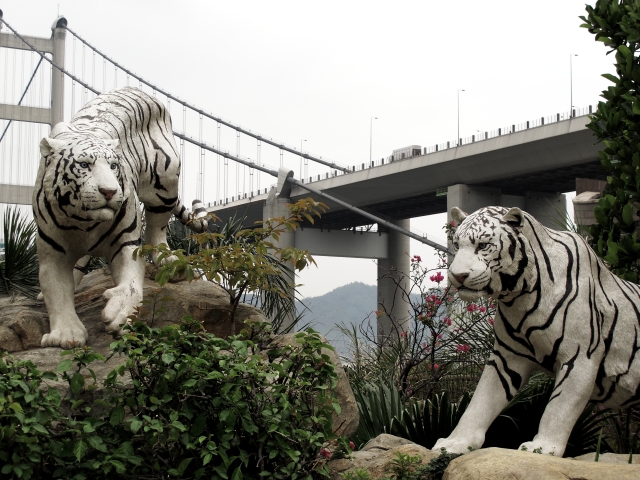 I felt a need to get out of the theme park after a while. 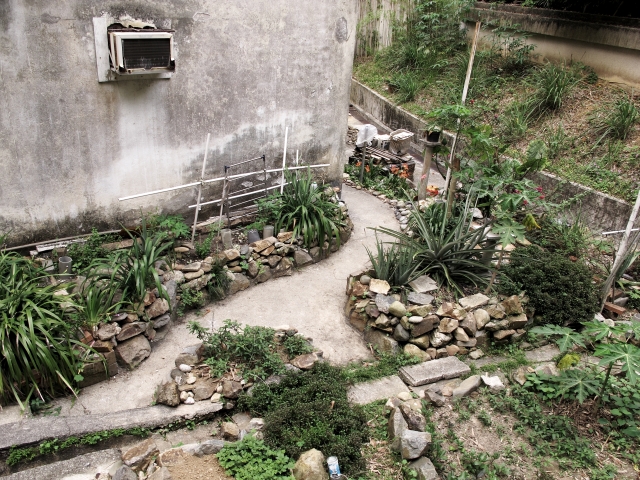 Though in honesty, there’s no getting out of the giant theme park known as Hong Kong.

Nonetheless, I do appreciate honest-to-goodness aesthetics. Someone has done a bit of landscaping for this village house nearby.