So, I’m in the midst of preparing for a solo photography exhibition, to be held on campus. 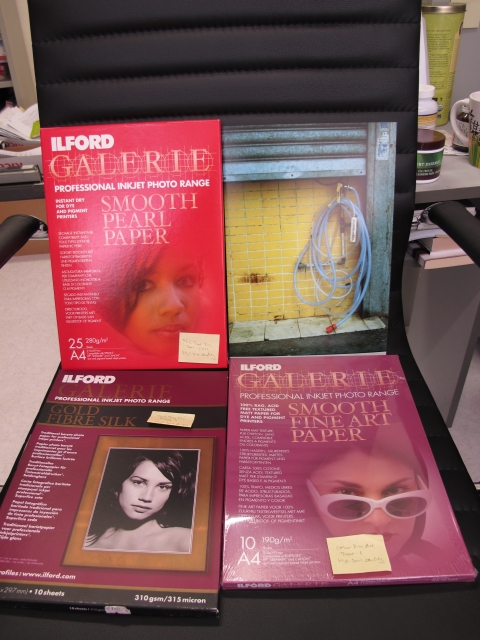 Photographs on mobile phone/tablet/computer screens are not the same as print photographs.

The materiality of photography is a fascinating thing indeed.

Some printing mistakes, and a few books that inspire me.

I’m teaching an MA course on social media, photography and writing, so many ideas are floating around in my head even as I’m prepping for the exhibition.

Nietzsche, Foucault, etc., have asked that question – how can we live our lives deliberately, such that our lives become works of art?

I’m planning to use the following quote for a talk on poetry and photography for fellow writers.

It’s from Zygmunt Bauman, a sociologist who has written on what he calls “liquid modernity”. This passage from his book The Art of Life is relevant to those who are on the quest for meaning:

To practise the art of life, to make one’s life a “work of art”, amounts … to being in a state of permanent transformation, to perpetually self-redefine through becoming … someone other than one has been thus far. (The Art of Life 73)

I now have the habit of bringing along one or two film cameras wherever I go. It’s usually a Leica M6, paired with either a Yashica GX, Canonet QL 17 Giii or more recently, the Olympus XA2.

The Olympus XA2 is really stealthy because of zone-focusing. And it’s really quiet too. For example, I could do this in a cab without the driver noticing:

Try that with a Canon 5D Mark III.

Part of my fascination with film cameras has to do with their longevity – digital cameras either go out of fashion or break down after 3-5 years (though it has to be said that my Canon G11 is still going strong). The Olympus XA2 was made in the 1980s, which means the thing in my hand is about 30 years old.

I guess I am now using my cameras as a sketchbook of sorts, storing material for writing and thinking. This is probably a little too deliberate, but I think of this as pushing myself beyond what I am, “becoming someone other than one has been thus far”, asking street photography to teach me to be a better writer and thinker.

For now, the art of life for me is about storing moments which might otherwise seem artless.

And I like this quote from William Todd Schultz, who wrote An Emergency in Slow Motion: The Inner Life of Diane Arbus, a wonderful psychobiography of Arbus:

Artists aren’t always in complete command of their material. Sometimes it commands them and they let it; they get out of the way, the subject matter comes unbidden, it compels them and they follow its lead.

This might be a careless comparison, but Arbus is to photography what Sylvia Plath is to poetry.

And as for material for the street photographer, there’s often poetry to be found in places you least expect, which is why that tiny Olympus XA2 is so handy:

The above is just next to where I live, a plot of land on which a small shopping mall is being built. *sigh*

I’m always fascinated by how one could be in a built-up area in Hong Kong, and after walking for 20 minutes, be in the midst of idyllic village houses where clothes are hung in open air and kitchens are next to public walkways:

And then, 10 minutes later, one is at the beach. 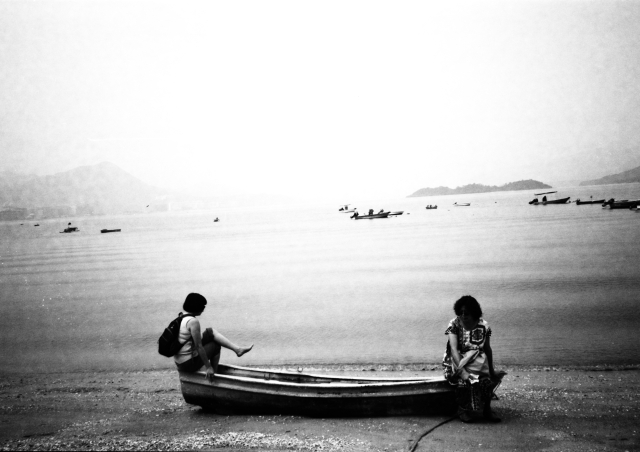 This is Wu Kai Sha beach, and there’re now plans for land reclamation in the area which would mean the beach would be no more… *another sigh*