Street photography can get addictive.

Sometimes it’s the challenge, because you’re setting yourself up to be unobtrusive.

My cameras are all very small. My Minolta AF C and Olympus XA 2 look like plastic toys so people don’t take me seriously even when they spot me.

Sometimes you want to be spotted. It adds drama to the scene. 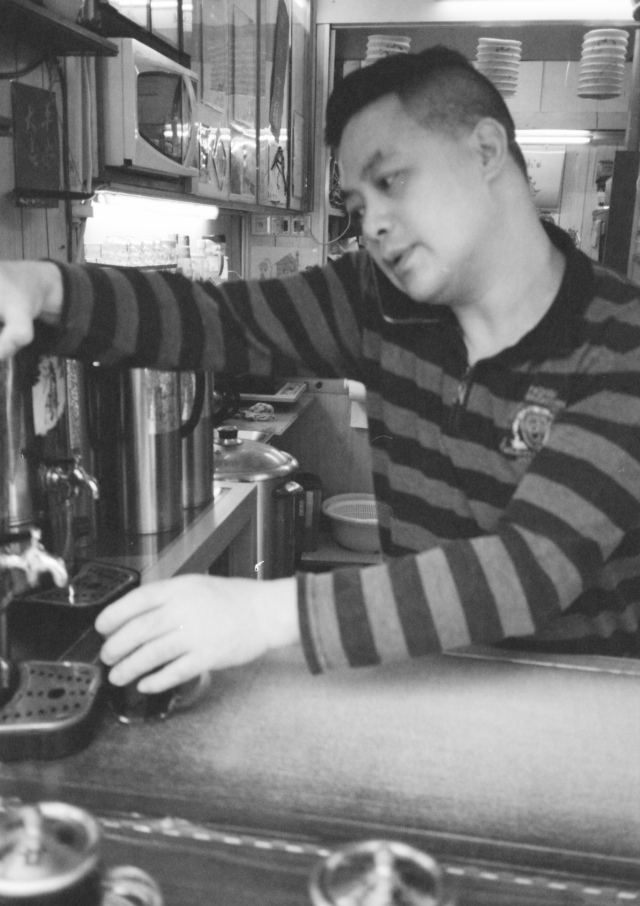 I get out and walk and get “in the zone”. It’s a subjective (but common enough) experience.

For me, it happens when I’m writing or reading or when I’m teaching, when I’m fully immersed in the experience without any sense of self-consciousness.

In “Tradition and the Individual Talent”, one of my favourite essays on writing poetry, T. S. Eliot wrote (among other things) on the artistic process:

And he goes on to say:

Writing, reading, teaching, and street photography are ways of getting myself outside of myself. It’s a way to silence that inner voice at the back of my head so that I’m not second guessing and talking to myself all the time. 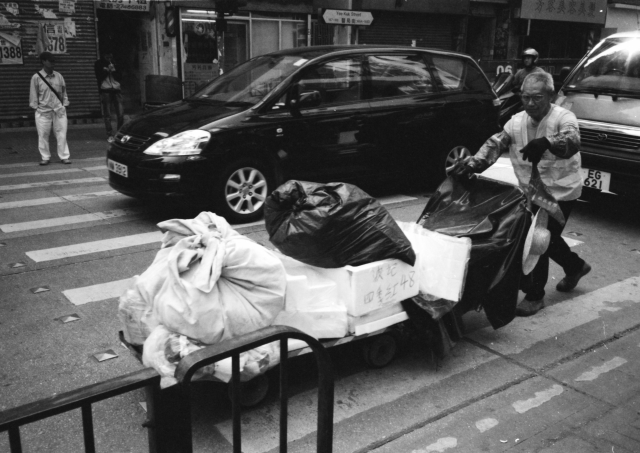 Anyone who wants to be good at what he or she does (especially though not necessarily in the field of the arts) ought to read Flow: The Psychology of Optimal Experience and Creativity: Flow and the Psychology of Discovery and Invention by Mihály Csíkszentmihályi.

He uses the word “flow” to describe that happy state of being engaged in endeavours such as artistic creation, athletics, scientific tinkering, and so on, to map out relationships between learning, enjoyment and satisfaction.

It’s rather “pop psychology”-ish, but it’s very enabling in terms of helping me think about art creation in a wholesome way, in a way that is opposite to that image of the tortured artist celebrated by the media. Van Gogh, Diane Arbus and Sylvia Plath – the list goes on.

But surely there’s also room for artists/writers who want to be productive and remain sane… there’s Henri Cartier-Bresson, who deliberately moved away from photography to take up painting later in his life, there’s Wallace Stevens, poet and vice-president of an insurance company, who was productive as a poet all the way till his death in his seventies.

This man, for instance, stood just like this for a really long time, looking at a building across the road.

I took some time to frame the scene properly, and turned around later and saw there were bemused people looking at me looking at him…

Everywhere we go, we bring along a baggage of impulses, desires, anxieties, ambitions… 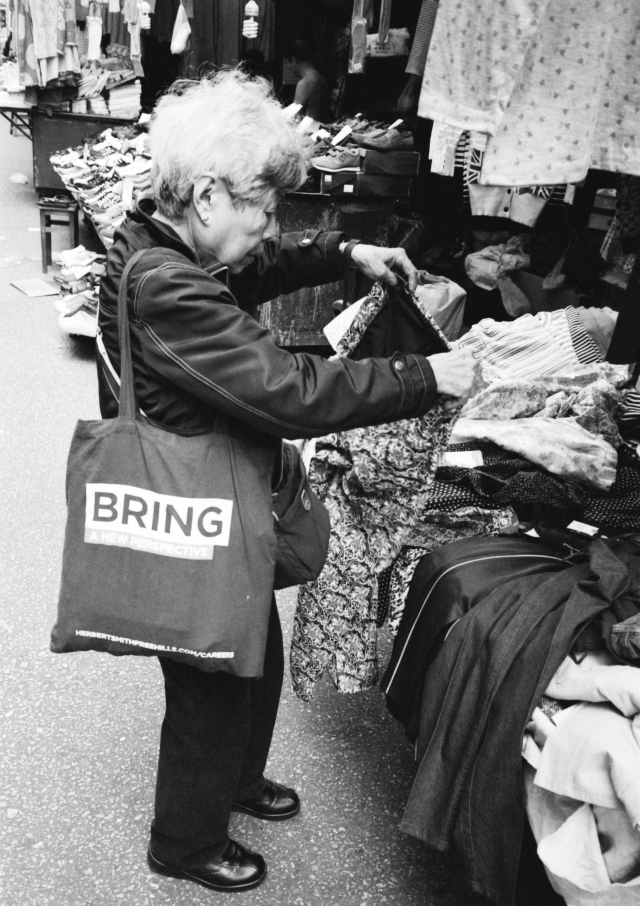 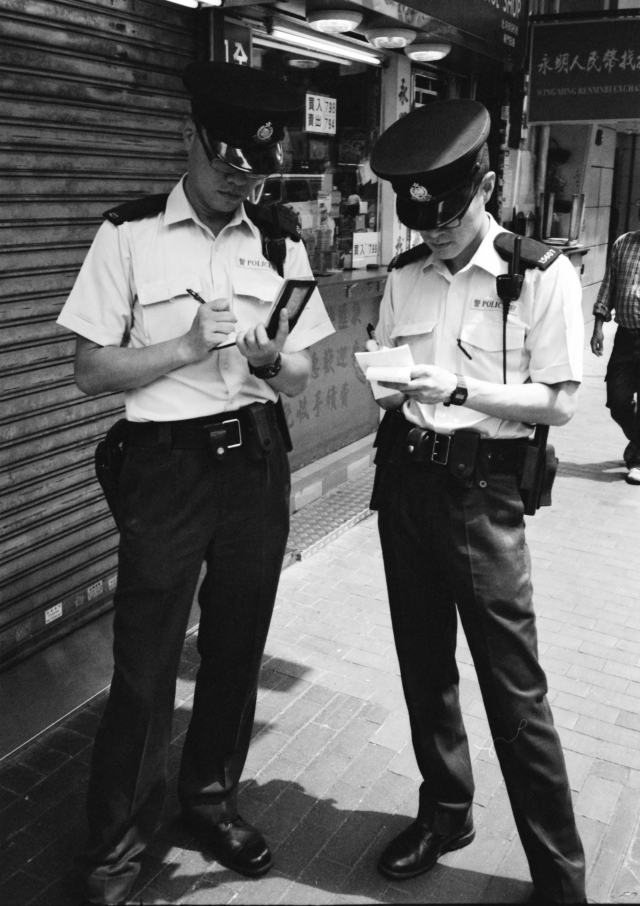 From my London folder again… 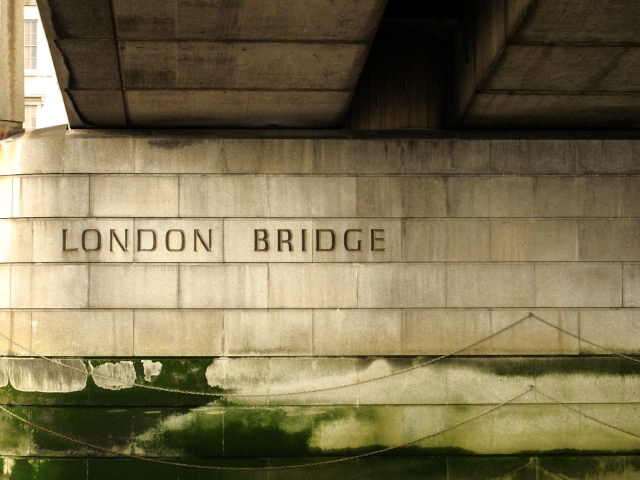 I was happy to have caught this gesture…

He’s framed by various pictures, and there’s a statement here to be made about the idealised/commodified/cosmetic appearances of the pictures vs his heartfelt sincerity. Check out the arrow that’s about to pierce his heart.

I chose the seemingly unthinking approach: capture it at any angle and it’ll still look wonderful. Kudos to the architects… 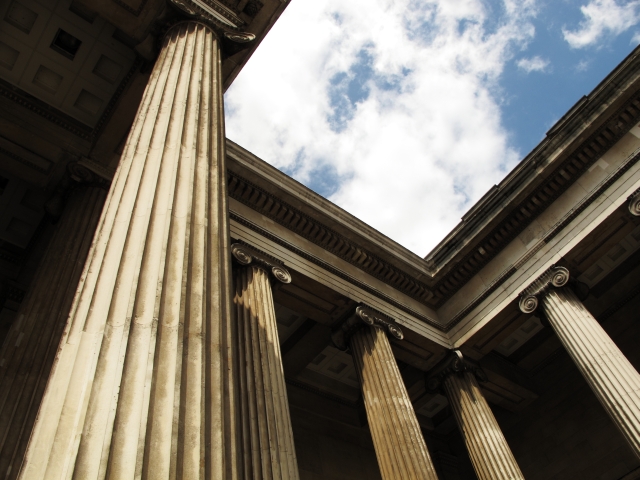 Here’s a museum interior that plays with religious icons … there’s definitely a connection between religious devotion and museum space.

In a way, we’re here to worship art and/or the past. 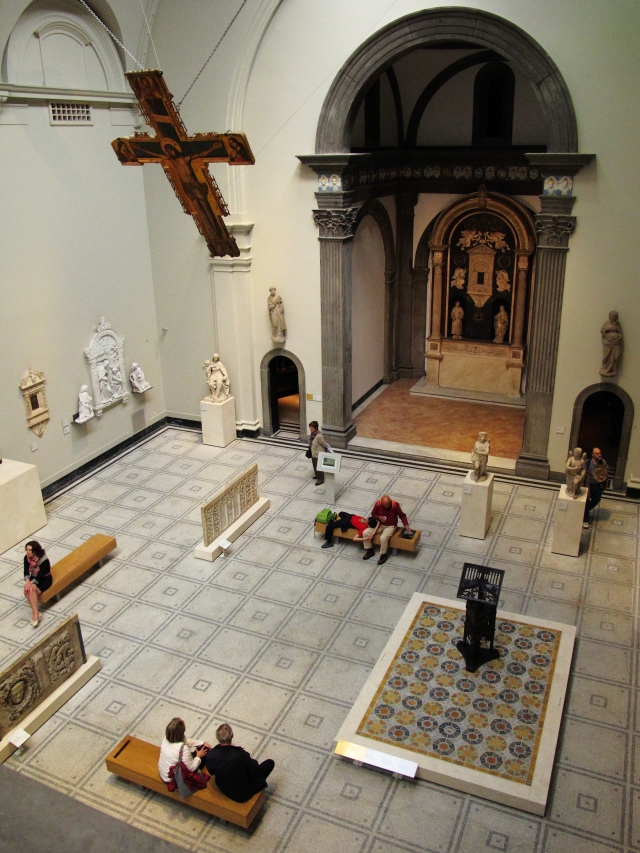 At the Victoria and Albert Museum. 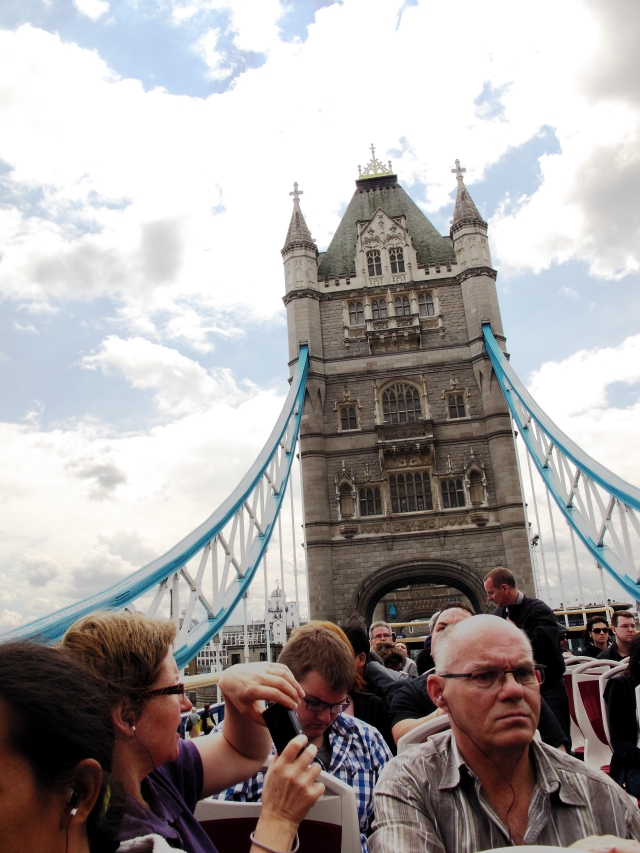 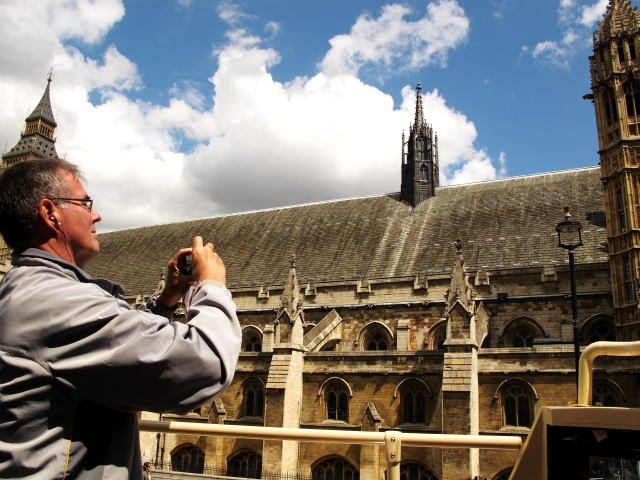 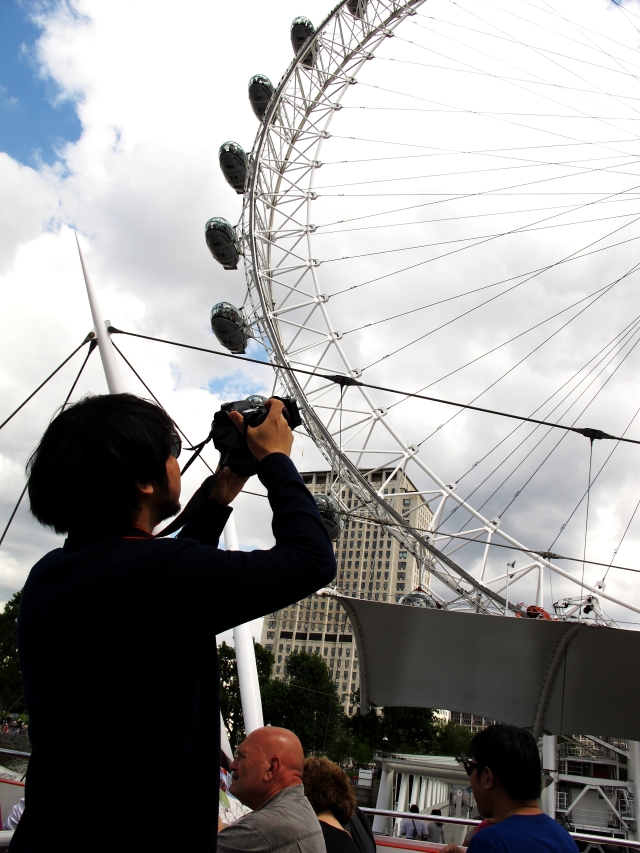 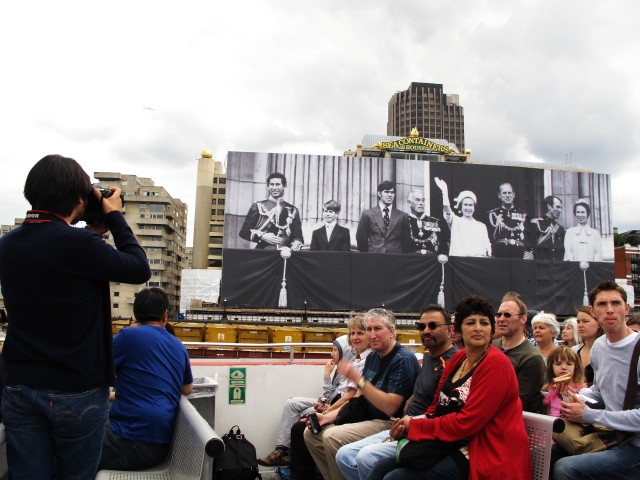 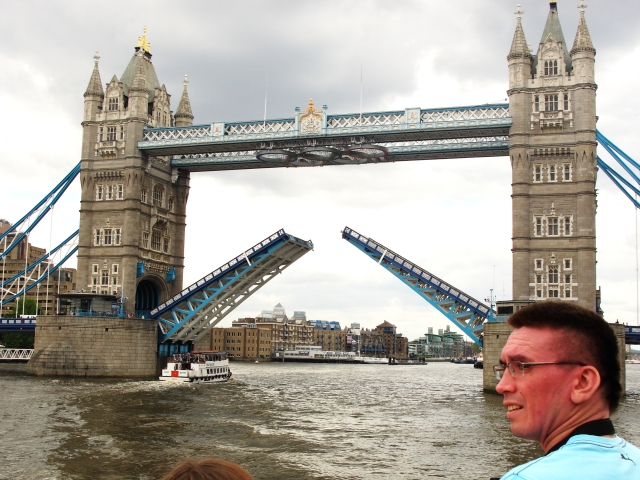 A busy scene with the seated person as a focal point, at the still point of the turning world … 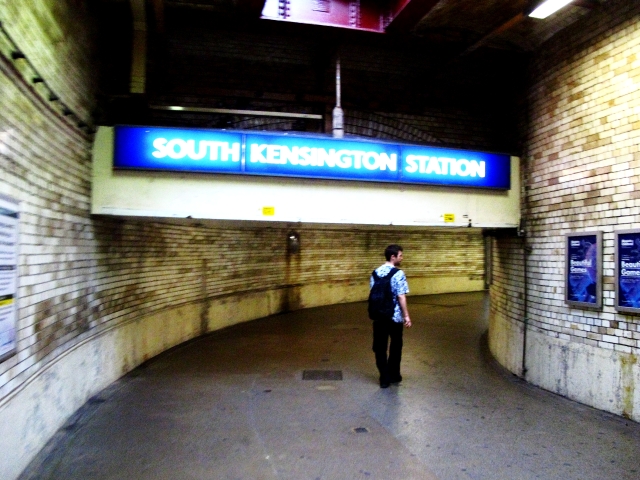